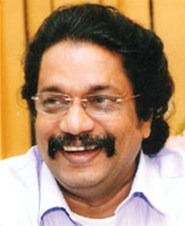 Dr.C.Satish is the Director General, ABS Group of Schools, leading the Academics team. He has over 35 years of experience in the Education Field, serving DAV Gopalapuram for 28 years as Teacher, of which 20 years was as their Principal. He was awarded a Ph.D. in Commerce by University of Madras for his research on HRD practices and also a post graduate diploma in Yoga studies, recognised by Government of Tamil Nadu Health Ministry.

His professional and administrative capability has benefitted the school, teachers, students and their parents in many ways. DAV Gopalapuram under his leadership was rated, 5 times, as one of the best schools in the Country by leading publications like Outlook, Education World Magazine, Redif.com and C-fore Survey.

His Leadership ensured 100% results in Class X & XII CBSE and State Board Exams with most of the students securing over 90% in various subjects. Also, every year on an average 20 students joined IIT and many more students joined the National Institute of Technology (NIT). Additionally more than 100 students have joined Government Medical Colleges after introduction of NEET under his able guidance and personal care.

He was also appointed by CBSE to inspect schools for affiliation. He plays the role of Mentor, Trainer for Teachers, Head Examiner, Paper setter for Board Exams. He is also the Director of MITRA Leadership Academy, where thousands of students and professionals have benefitted from his training programme on Leadership Skills.

He has been showered with a plethora of awards among which the following stand-apart: President’s award for the Best Teacher, awarded by Smt. Pratibha Patil, Honourable President of India, in 2006. Vocational Excellence award from His Excellency Shri Surjit Singh Barnala, Governor of Tamil Nadu, in 2007. He was rated the best in Leadership among School Principals in the entire Country by C-fore survey, in 2009.